At last, bitcoin has reached the longed for $10,000 all time highest price today. 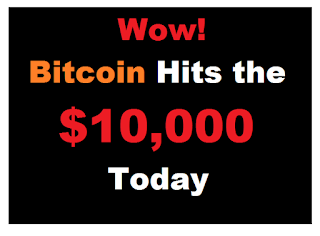 At the beginning of this year, many did not believe that bitcoin would achieve this feat, at least not this year. Though there were speculations that it will hit the $10,000 mark next year - 2018.

But towards the end of the year 2017, bitcoin took a bullish trend upwards from $5000 around September and has refused to retreat since then...

Now I am beginning to wonder if this trend will not continue till bitcoin hits $20,000 in the coming months before the end of the first quarter of the year 2018.

Posted by TheSolomons at 6:12 AM

Email ThisBlogThis!Share to TwitterShare to FacebookShare to Pinterest
Labels: bitcoin 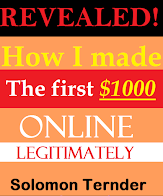